Woman who thought taxes were unconstitutional sentenced for tax evasion 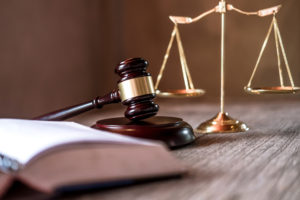 The following is a news release from the Idaho State Tax Commission.

HAILEY — A Hailey woman got eight years of probation after pleading guilty in June to tax evasion and filing a false document.

Rae Hirning was ordered to pay more than $11,000 in restitution at her August sentencing in Blaine County for failing to file an income tax return. She also must serve 250 hours of community service.

Hirning said she didn’t file an Idaho tax return because she considered taxes unconstitutional. She instead submitted a form to the Tax Commission falsely claiming she had no income.

“Ms. Hirning’s frivolous argument has been used by other people trying to avoid paying taxes, but those arguments have been thrown out of court,” Idaho State Tax Commission Chairman Tom Harris said. “Everyone should be wary of schemes that claim you can get out of paying your taxes.”

The Tax Commission finds tax fraud from routinely analyzing tax returns and conducting tax audits, as well as from tips from law enforcement, other state agencies and the public.

To report tax fraud, email the Tax Commission at fraud@tax.idaho.gov or complete the online fraud referral form through tax.idaho.gov/fraud. You can choose to remain anonymous.

Published in Crime Watch and Idaho