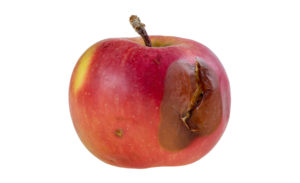 Idaho’s Professional Standards Commission disciplined 25 of the state’s 22,000 certified educators last year for ethics issues such as breach of contract and sexual misconduct with students.

According to a fiscal year 2018-19 report presented by director Lisa Colón Durham to commissioners Thursday, the Professional Standards Commission received some 80 complaints against educators last year. They opened 33 complaints for investigation.

“The other 47, typically, we sent back as a district issue,” Colón Durham told commissioners.

Commissioners turned away other complaints because the person making the complaint had no vested interest in Idaho’s school system. For example, she said, the commission does not review complaints from out-of-state parties with no connection to Idaho’s schools.

The commissioners — a group of educators appointed to review educator ethics and standards — made final decisions on 36 complaints over the course of the year.

In 25 cases, commissioners voted to discipline a teacher or administrator. Breach of contract was the most common issue.

The discipline breakdown varies from the 2017-18 school year when the most common issue commissioners found was inappropriate conduct with a student. Eleven teachers violated that rule, according to the 2017-18 annual report.

On Thursday, during its first meeting of the 2019-20 fiscal year, the Professional Standards Commission docked three educators for violating educator ethics rules — and publicly corrected a violation of open meetings law that commissioners made themselves.

At a June meeting, commissioners entered into closed executive session to discuss two educator discipline cases without including those executive sessions on the meeting agenda, as Idaho law requires.

Colón Durham said the Idaho Education Association pointed out the commission’s mistake. Commissioners opted to address and correct the violation at their September meeting.

On Thursday, commissioners voted to acknowledge improper notice of the executive sessions and to void decisions impacted as a result, including the discipline of a teacher who admitted to stealing money from a co-worker’s purse at a West Ada elementary school.

Immediately afterward, commissioners re-did their vote in that case. They issued a letter of reprimand against the woman and required her to take an ethics course.

Originally posted on IdahoEdNews.org on Sept. 19, 2019

Published in Education, Idaho and Local