IFPD to remove illegally parked and abandoned cars around the city 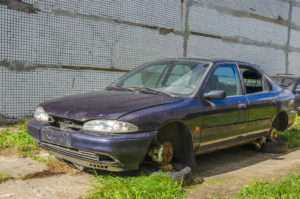 The following is a news release from the Idaho Falls Police Department.

IDAHO FALLS — On Tuesday, Nov. 12, the Idaho Falls Police Department will be conducting an operation to address and remove illegally parked and abandoned vehicles around the city. In preparation for the operation, residents are asked to report abandoned vehicles to the Idaho Falls Emergency Communications Center (Dispatch) by calling (208)529-1200.

People who know they have a vehicle parked illegally or that could be considered abandoned are asked to move their vehicles to a legal and appropriate parking space, or risk ticketing and/or towing.

The Idaho Falls Police Department receives daily complaints regarding abandoned vehicles around the city through dispatch, online reporting systems, and even social media. Aside from being nuisances, abandoned vehicles create hazards and visibility issues for other drivers including private citizens, public works vehicles (garbage trucks, snowplows, etc.), and first responders – especially during the winter months which are quickly approaching.

The Idaho Falls Emergency Communications (Dispatch) Center tracks these complaints. Animal Control/Ordinance Officers, Citizen’s Watch Officers, and Sworn Police Officers are dispatched to address them as personnel are available between high priority or urgent calls. Due to call volume, these complaints are often difficult to address in a timely fashion.

In order to prepare for the winter snow removal season and to address a backlog of abandoned vehicle complaints, IFPD will be conducting a “Super-Operation” on Tuesday, November 12th. Essentially, this means a dedicated team of officers and staff will spend the day identifying, ticketing, and towing abandoned vehicles as well as addressing other hazardous illegal parking.

This will be focused on the narrow streets typically found in residential areas where hazards are often most severe, but will expand to other areas of the city as much as possible.

According to Idaho Code 49-102, abandoned vehicles are defined as any vehicle left on any public roadway, highway, property open to the public, or private property (without the property owner’s permission), for 24 hours or longer. After identifying a possibly abandoned vehicle, officers attach a notice to the vehicle stating that if not moved within 48 hours the vehicle will be towed. At the conclusion of the 48-hour period, if the vehicle has not been moved, officers have the authority to have the vehicle towed.

Over the weekend, Animal Control/Ordinance Officers, Citizen’s Watch Officers, and Police Officers will be tagging suspected abandoned vehicles reported by the public or otherwise identified by the department. On Tuesday, any vehicles that have not been moved within the 48-hour period will be towed. Residents are asked to report abandoned vehicles to the Idaho Falls Emergency Communications Center (Dispatch) by calling (208)529-1200.

Published in Idaho Falls and Local