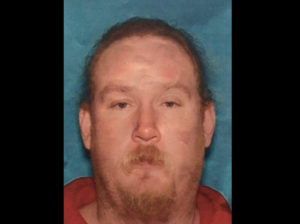 Third District Judge Thomas Ryan on Tuesday sentenced a Mountain Home man to 45 years in prison for the brutal killing of his landlady, 71-year-old Paula Ferbrache.

Scott Riggs, 42, of Mountain Home, pleaded guilty through an Alford plea to second-degree murder, according to the Idaho Statesman. Through an Alford plea, a defendant does not admit guilt but acknowledges that there is enough evidence for a jury to convict him.

Riggs must serve at least 20 years in prison before he could be eligible for parole, according to Elmore County Prosecutor Daniel Page.

Ferbrache was Riggs’ landlady and co-worker at the Mountain Home Walmart. Her husband reported her missing on Aug. 25, 2017, when she did not return home. The next day, her vehicle was found outside Mountain Home. Her body, covered in stab wounds, was found in the trunk of the car.

She suffered wounds to her abdomen, chest, neck and hand that punctured her lung, cut her airway, and sliced through her carotid artery and jugular vein, authorities previously reported.

Investigators found a knife in the area and prosecutors previously said that Riggs had purchased two knives at a local pawn shop.

Riggs pleaded guilty after a mistrial earlier this year in his first trial. He has been held in Elmore County Jail since his 2017 arrest and will be credited for his time served.

Published in Crime Watch and Idaho