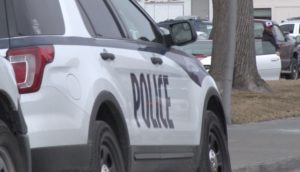 IDAHO FALLS — A lockdown at A.H. Bush Elementary School has been lifted after police took a suspect into custody Friday afternoon.

Officers were called to a domestic dispute on the 1000 block of Jefferson Avenue around 2 p.m. A suspect with a knife fled the scene and a lockdown was instituted at the nearby school.

“This was close enough in proximity to the school that, out of an abundance of caution, we asked that it go into lockdown,” Idaho Falls Police spokeswoman Jessica Clements tells EastIdahoNews.com.

The suspect was apprehended 15 minutes after the call was received and Clements says there is no threat to the public.

Additional details are expected to be released later.

Published in Idaho Falls and Local