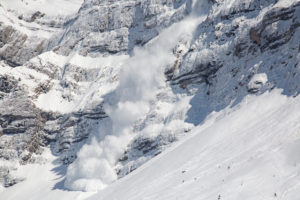 IDAHO FALLS — To help prevent deaths like that of Adam Anderson in January 2018, Action Motor Sports is hosting an avalanche safety class for snowmobilers.

Action Motor Sports has invited Polaris sponsored professional snowmobiler Dan Adams and his team to teach a free avalanche class. The class will be held on Saturday, Oct. 26, starting at 9 a.m. at Action Motor Sports in Idaho Falls. Action Motor Sports is providing breakfast from Chick-fil-A. Following the class, there will be a raffle to raise money for the Adam Anderson Avalanche Project.

“(Dan Adams) is going to come over and teach a legit avalanche class for us,” Action Motor Sports Controller Steve Dutcher told EastIdahoNews.com. “That’s a huge value to people. This is an absolute professional and he knows his stuff.”

After the class is over, attendees will be able to purchase raffle tickets for a variety of prizes including a barbecue grill, gear from Action Motor Sports, gear from KLIM, and more.

“It will be a really fun but effective fundraiser,” Dutcher said.

The proceeds from the raffle will go to the Adam Anderson Avalanche Project. Dutcher said the project has purchased thousands of dollars worth of avalanche safety gear that it loans to the community at no cost. He said that gear got roughly 100 uses last year from snowmobilers.

“Our goal is to raise cash that we can buy avalanche gear to give the customers. We’re trying to get money so we can buy new gear and sell the old gear every year. So it’s just a perpetual revolving door … where the gear is always new every year,” Dutcher said.

The Adam Anderson Avalanche Project was created by Summer Anderson after her husband, Adam, died in an avalanche.

“She feels very strongly about enjoying the recreation we have all around us. We live in, really, a Mecca for motorsports recreation. But doing it safely. Doing it the right way,” Dutcher said.